To celebrate this week's release of 'The BFG' on Blu-ray and DVD, we have 5 Blu-rays to give away thanks to our friends at Disney Home Entertainment. 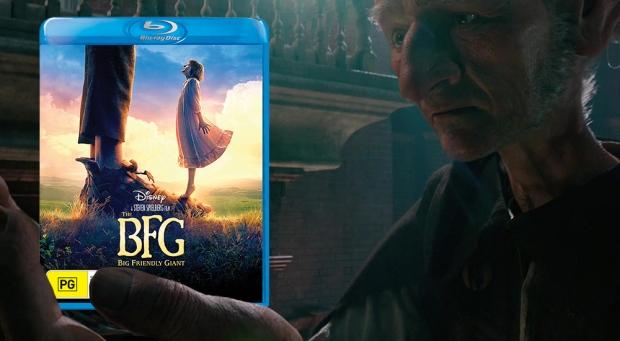 The world is more giant than you can imagine. The talents of three of the world's greatest storytellers - Roald Dahl, Walt Disney and Steven Spielberg - finally unite to bring Dahl's beloved classic "The BFG" to life. Directed by Spielberg, Disney's 'The BFG' tells the imaginative story of a young girl and the Giant who introduces her to the wonders and perils of Giant Country. The BFG (Mark Rylance), while a giant himself, is a Big Friendly Giant and nothing like the other inhabitants of Giant Country. Standing over 7 metres tall with enormous ears and a keen sense of smell, he is endearingly dim-witted and keeps to himself for the most part. Giants like Bloodbottler (Bill Hader) and Fleshlumpeater (Jemaine Clement) on the other hand, are twice as big and at least twice as scary and have been known to eat humans, while the BFG prefers Snozzcumber and Frobscottle. Together, they come up with a plan to get rid of the giants once and for all.

The first 5 correct answers drawn will each take home a copy of 'The BFG' on Blu-ray. To enter, simply 'like' this post and share via Facebook or Twitter and send your answers, along with your postal address to ben at TweakTown dot com before the competition closes on December 9.

'The BFB' is available on Blu-ray, DVD and digital at leading Australian retailers from December 7.