Proving the naysayers wrong, Marvel's 'Guardians of the Galaxy' was a surprise hit at the box office, taking $752 million worldwide in its theatrical release and proving that even the less-well known series could be made a hit from the Marvel name. Two years on, Marvel have released their first look at the upcoming sequel 'Volume 2'.

Reuniting stars Chris Pratt, Zoe Saldana, Dave Bautista and the voices of Vin Diesel and Bradley Cooper, the sequel finds the guardians travelling throughout the galaxy in order to help Peter Quill discover more about his true parentage. 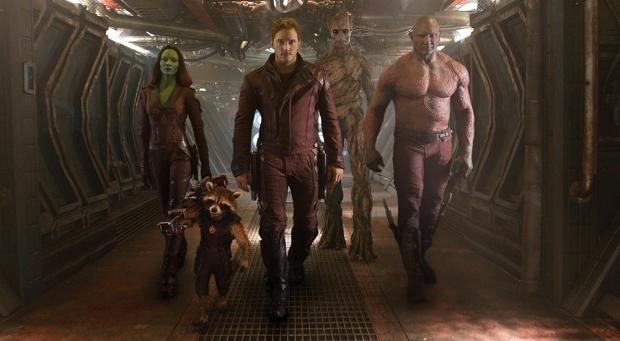