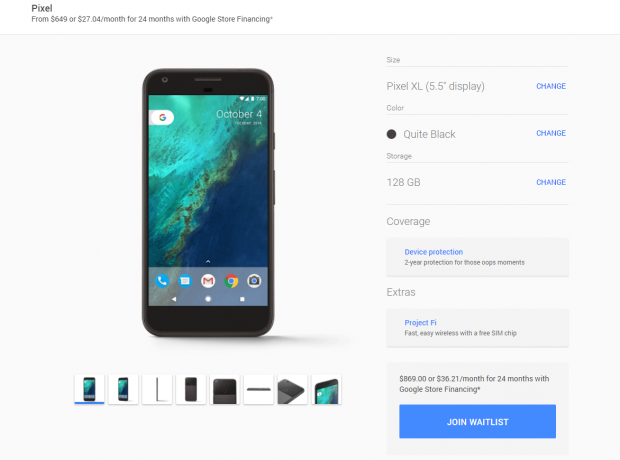 Google's new Pixel phones carry some hefty specs, with 4GB of onboard LPDDR4 RAM, a snappy quad-core 2.15GHz Snapdragon 821 processor, and roomy storage. Google is clearly taking a jab at Apple with a powerful handset duo, but like the iPhone 7 and iPhone 7 Plus, the new Pixel phones carry a hefty price tag: the Pixel XL with 128GB of storage costs a staggering $869, with the base 32GB option starting at $769.

Now if you're used to upgrading to flagships every year or two, you won't really be deterred by this cost, and Apple's probably conditioned your wallet. This is new territory for Google, however. As a quick price comparison, Google's previous premium handset, the Nexus 6P, cost $649 for the 128GB variant.

But for everyone else who isn't used to paying almost $900 for a smartphone, Google is offering financing options, and you can get a Pixel XL with 128GB for less than $40 a month for 24 months. Google is also throwing in a free Daydream VR headset for Pixel XL purchases.

Sadly, it looks like you won't even get the snazzy Really Blue color scheme with your $869 Pixel XL phone: the color isn't currently available on the 128GB models, and you can only choose between Very Silver or Quite Black.

Both the Pixel and Pixel XL are unlocked, but Verizon has been tapped as the handset's carrier partner. Google's low-cost Google Fi service is also supported by the new Pixel phones. Pre-orders appear to be sold out right now, and you'll have to join a wait list if you want to buy. 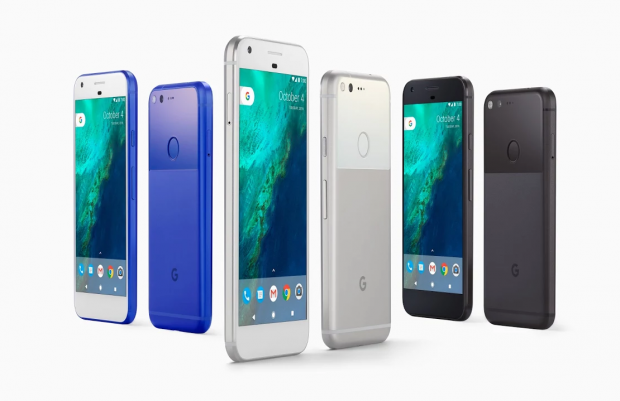