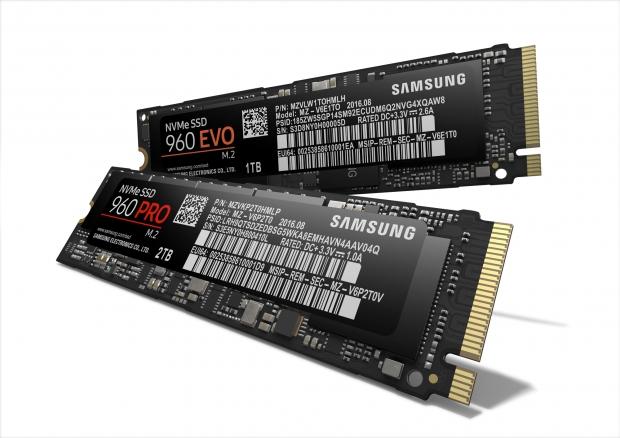 Samsung's new 960 PRO is now the world's fastest consumer SSD, hitting peak sequential reads of 3,500 MB/s and write speeds of 2,100 MB/s as well as random read and write IOPS of up to 440,000 and 360,000 respectively. The 960 PRO also packs in an amazing 2TB of data thanks to Samsung's vertically-stacked VNAND memory technique. The 960 PRO SSD is also available in 512GB and 1TB capacities along with the 2TB model. 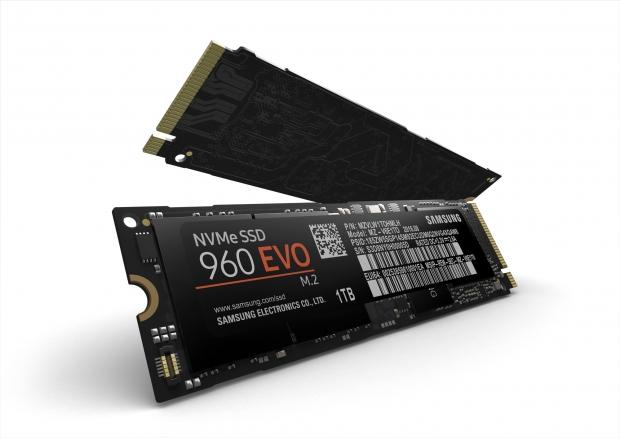 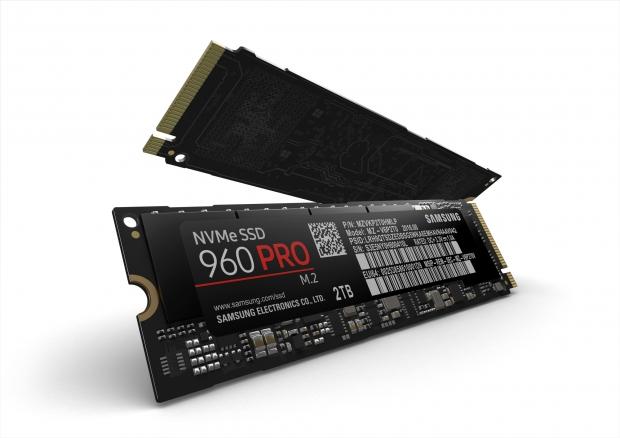 Both the 960 PRO and 960 EVO are built on Samsung's high-performance V-NAND NVMe technology set in the M.2 form factor, and are designed for consumers who need "higher bandwidth and lower latency to process massive amounts of data," including 4K video footage.

"We were proud to erect the NVMe era last year with the introduction of our 950 PRO SSD. Now, with the introduction of the NVMe 960 PRO and 960 EVO SSDs, Samsung is once again taking the next step in the multi-terabyte SSD technology and the storage revolution, providing users higher capacities and speeds than ever before within an NVMe PCIe drive to create new possibilities for consumers and business professionals," said Un-Soo Kim, Senior Vice President of Branded Product Marketing, Memory Business at Samsung Electronics.

For more info, be sure to check out Samsung's official SSD website. 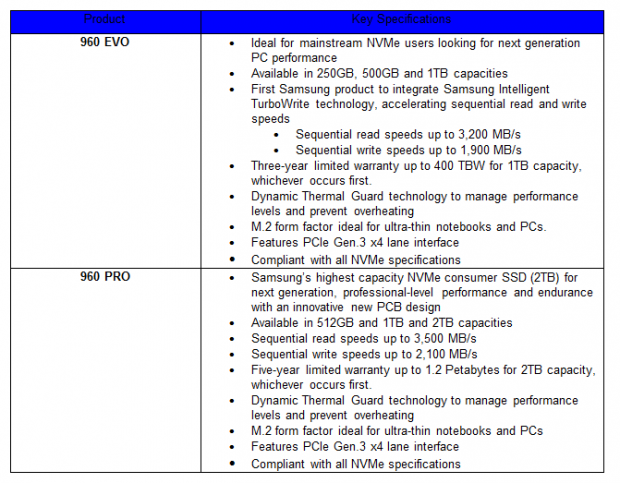