Some gameplay footage of Star Wars Battlefront 3 has emerged, in its alpha build form that was being developed on all the way back in 2008.

LucasArts cancelled the game before it launched, but with the leaked footage, we get a good glimpse at what the team was working on. The video shows off a little of the campaign from Star Wars Battlefront 3, with Old Republic heroes X1 and X2 arriving on Tatooine, with a new mission. They fly out of the hanger on their starfighters towards Tatooine, without a single loading screen - impressive, especially for 2008. We're only seeing this type of thing in games now, nearly 10 years later.

The second video is a continuation of the first, following X1 and X2 as they respond to a Tusken Raider attack. The sound effects used a hilariously bad, but we can see the overall shape of what LucasArts were working on, especially when it comes to the lack of loading screens. 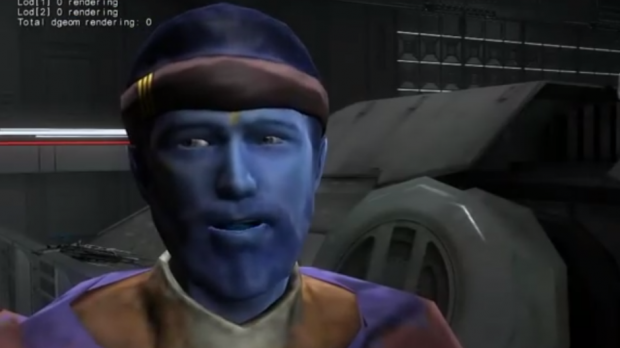