One of the issues with PC gaming these days is having multiple game libraries across multiple services. While many attempts have been made at creating all-in-one frontend solutions, you might say they've all fallen short. The newly launched GameRoom, however, looks to be the best of the bunch so far with a sleek interface similar to Origin prior to its recent overhaul. 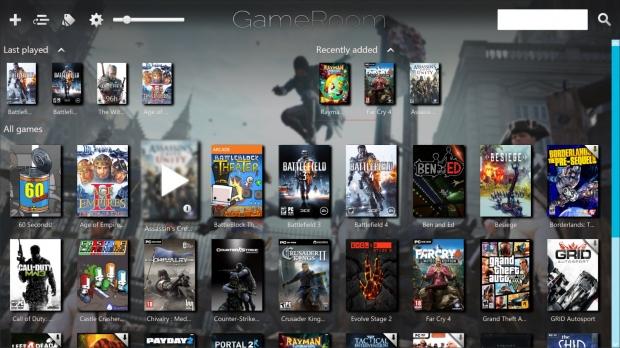 The downside: it requires Java, which has been swiftly going the way of the dodo. If that doesn't dissuade you, download GameRoom here.