If you're a truck or taxi driver, an Uber driver or work in customer service, your days of employment could be numbered - with robots taking out 6% of these jobs in the US by 2021 according to a new report from market research firm Forrester. 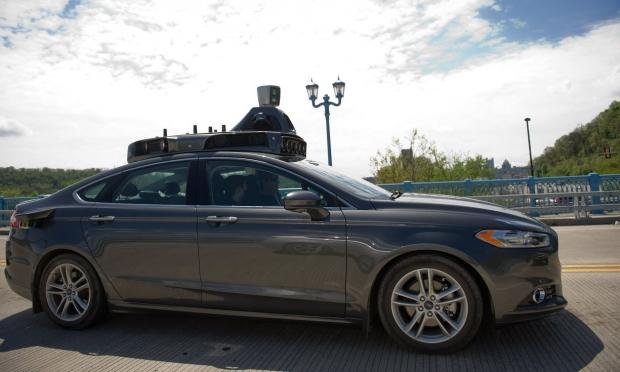 The intelligent agents will be powered by artificial intelligence technology, where they will be capable of understanding human behavior, and then making decisions, for you. We're already dabbling in it now with AI-based services like Google Now, Apple's Siri, Microsoft's Cortana, and more - which for the moment mostly simple, but they will get much more advanced in the coming decade.

Once this breakthrough happens, the world of AI assistants, self-driving cars and computer hardware that can think for you, the changes to the world will be enormous. The Guardian reports that it's "not so good if you're an employee working in a simple-to-automate field". This is reiterated by Forrester's report by Brian Hopkins, who said: "By 2021 a disruptive tidal wave will begin. Solutions powered by AI/cognitive technology will displace jobs, with the biggest impact felt in transportation, logistics, customer service and consumer services".

What kind of world could we expect with robots doing so much for us? Forrester explains a possible future: "The doorbell rings, and it's the delivery of a new pair of running shoes, in the right style, color and size, just as you needed to replace your old ones. And here's the kicker: you didn't order them. Your intelligent agent did".

The job losses to various fields is inevitable, but it has happened time and time again with the Industrial Revolution, the various changes throughout the last few decades with the introduction of technology and computers, and now the internet. The estimated 6% of those affected in the US would feel it instantly, but there will also be completely new jobs and fields created.

Some of the created fields will be radically new, as they'll be required to run and maintain these new automated systems - that is, until they autonomous, which I'm sure isn't too far behind that 2021 estimate.

Andy Stern, the former President of the Service Employees International Union said: "Six percent is huge. In an economy that's really not creating regular full-time jobs, the ability of people to easily find new employment is going to diminish. So we will have people wanting to work and struggling to find jobs because the same trends are beginning to occur in other historically richer job creation areas like banking, retail and healthcare". He warned: "It's an early warning sign and I think it just portends a massive wind of change in the future".

He continued, talking about the possible dangers society will face when these changes arrive: "There is a lot of correlation between unemployment and drug use. Clearly over time, particularly in urban settings, the lack of employment is tinder for lighting a fire of social unrest".

The government isn't taking automation and AI at a policy level seriously, with Stern adding: "Politicians would rather talk about getting a college degree and technical skill training, things that are probably five to 10 years too late. We don't really have a plan and we don't appreciate how quickly the future is arriving".

Stern finished by saying that it's not the end of the world, but a big change: "No. But what level of pain do people have to experience and what level of social unrest has to be created before the government acts? Workers, many of whom don't have technical skills, are competing for less and less jobs. If the market works without intervention we're going to have no way to mediate the displacement".