Rise of the Tomb Raider was a big deal for the Xbox One last year, as it was a timed exclusive for Microsoft but now the PS4 is about to experience the latest Lara Croft outing. Before its release in October, Digital Foundry has played with the game, stating that it's locked at 30FPS. The game renders at 1080p on the PS4, too.

The input latency had "significant input lag" that was "very noticeable" when aiming precise weapons in Rise of the Tomb Raider on the Xbox One, but the Xbox 360 and PC versions of the game didn't experience this issue. The PS4 version is free of the input lag, which is a great thing to see from Crystal Dynamics and Nixxes, who is helping the former developer on the PS4 version of Rise of the Tomb Raider.

Rise of the Tomb Raider: 20 Year Celebration - yeah, that's what the PS4 version is called, will include all of the available DLC. This means you'll get Blood Ties as well, which is a mission that takes place exclusively in Croft Manor. Blood Ties can even be played in the first-person perspective, and on the upcoming PlayStation VR, which is exciting. There's also a zombie mode that will be unleashed with the PS4 version.

Rise of the Tomb Raider: 20 Year Celebration launches on October 11. 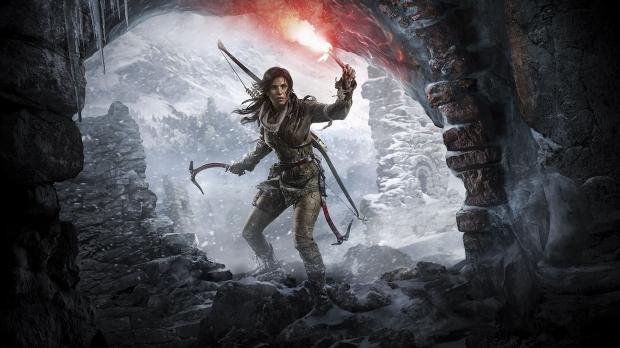