Intel used a benchmark slide during its presentation at ISC 2016 to detail their Xeon Phi processors being 2.3x faster than NVIDIA GPUs in neural network training. According to Intel's data and comparisons, the Xeon Phi is also 38% better at scaling. Well, NVIDIA isn't happy and it's ready to fight, taking to a new blog post saying "We'd like to address these claims and correct some misperceptions that may arise". 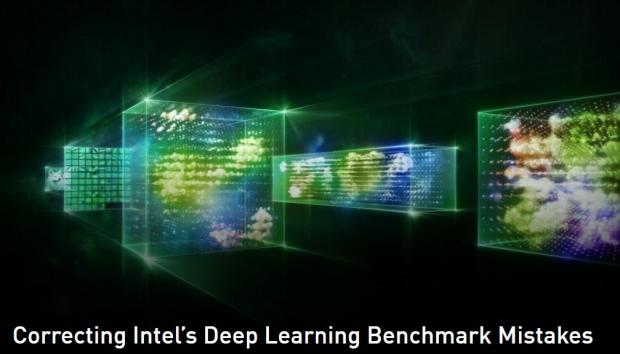 NVIDIA goes into great detail on its blog so be sure to check it out, with the post finishing with NVIDIA saying "It's great that Intel is now working on deep learning. This is the most important computing revolution with the era of AI upon us and deep learning is too big to ignore. But they should get their facts straight".