Android might be installed on over 1 billion devices, but that doesn't mean Google isn't working on other operating systems - like the new, mysterious OS called "Fuchsia". 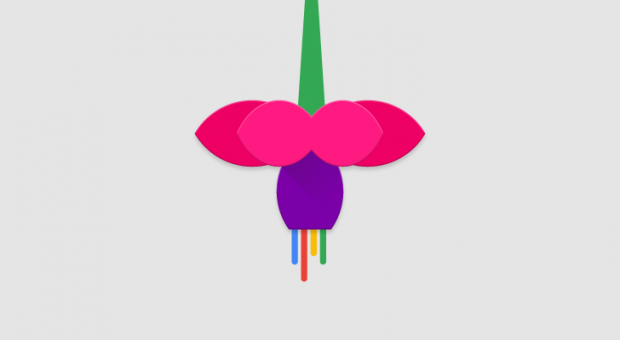 Fuchsia, according to Google's own description simply means "Pink + Purple == Fuchsia (a new Operating System). There's nothing more than that, but Android Police reports that the Magenta kernel is based on the 'LittleKernel' project, and just like Linux and Android, the Magenta kernel is what powers the larger Fuchsia operating system.

Android Police says that Magenta is "being designed as a competitor to commercial embedded OSes, such as FreeRTOS or ThreadX." Magenta is designed to scale better, which will see it work on embedded devices, smartphones, and even desktop PCs. In order for this to happen, Magenta improves on the foundations of LittleKernel by adding first class user-mode support, as well as a capability-based security model.

For the UI, it seems as though Google is using Flutter, while Dart is the primary programming language. Escher is the renderer that supports light diffusion, soft shadows, and other visual effects, with OpenGL and Vulkan support included. Shadows and smaller color reflections are a big part of Google's Material Design, so Flutter and Escher could be designed for the Material Design UI.

It has 32-bit and 64-bit CPU support, as well as 64-bit PCs, so if you have the technical know-how, you could compile it yourself and get it running on your PC or even a virtual machine.

Why is Google working on Fuchsia, though? The company could eventually replace Chrome OS and Android with Fuchsia, which would see Google moving towards the way of Samsung, as it did with Tizen. Tizen was a lightweight OS that was made for devices that didn't require an OS as large as Android.

We should hopefully see Google talk more about Fuchsia in the future, but for now, what do you think Google will use Fuchsia for?