Battlefield 1 is shaping up so beautifully, and now EA DICE have released a new video of Battlefield 1 which details a bunch of the weapons in the game. EA expects to sell over 15 million copies of Battlefield 1, and this new trailer really cements that.

The developers at DICE have been waiting for nearly 10 years to work on a new Battlefield game in this setting, and since Battlefield 1 went into development, the developers have been testing and playing with real-life weapons to recreate in BF1 as best they can.

We have clubs, grenades, and the weapons that were at the time, at the peak of engineering. It's an interesting thing to remember, that these weapons were truly the best the world had to offer at the time of World War 1. Compared to now, and games of today, where we have guns with hundreds of rounds, super portable, space-based weapons, and more.

Battlefield 1 launches on Xbox One, PS4 and PC on October 21. 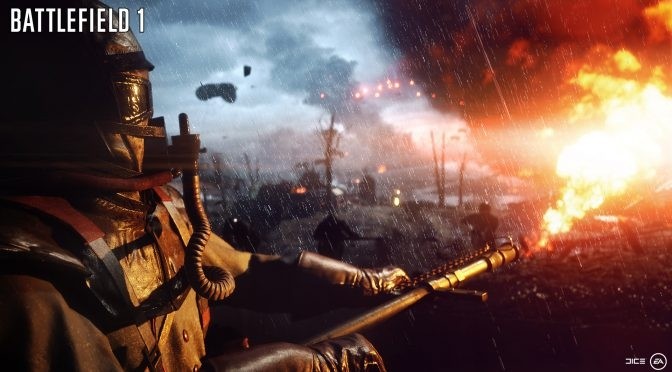