AMD has been ahead of the game when it comes to Asynchronous Compute support in their GPU architectures, and now id Software is throwing their weight behind Async Compute when it comes to their idTech6 graphics engine. 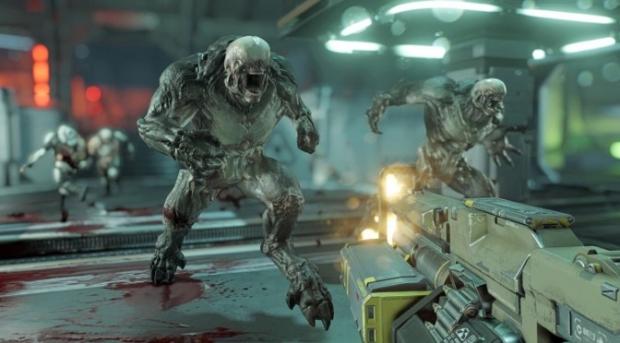 id Software's Billy Khan talked with Eurogamer recently, where he said that other developers will begin to see the benefits of Asynchronous Compute, and will take better advantage of it. Khan said: "Doom is already a clear example where async compute, when used properly, can make drastic enhancements to the performance and look of a game. Going forward, compute and async compute will be even more extensively used for idTech6. It is almost certain that more developers will take advantage of compute and async compute as they discover how to effectively use it in their games".

The developer also said that other game developers should jump right into Vulkan as well, with id Software's Axel Gnetting adding: "Vulkan actually has pretty decent tools support with RenderDoc already and the debugging layers are really useful by now. The big benefit of Vulkan is that shader compiler, debug layers and RenderDoc are all open source. Additionally, it has full support for Windows 7, so there is no downside in OS support either compared to DX12".

Tiago Sousa of id Software chimed in, saying: "From a different perspective, I think it will be interesting to see the result of a game entirely taking advantage by design of any of the new APIs - since no game has yet. I'm expecting to see a relatively big jump in the amount of geometry detail on-screen with things like dynamic shadows. One other aspect that is overlooked is that the lower CPU overhead will allow art teams to work more efficiently - I'm predicting a welcome productivity boost on that side".