Google has finally updated Hangouts for Android, bringing its own Android version of Hangouts up to the same level of Hangouts for iOS - you know, Google's main competitor's mobile operating system. 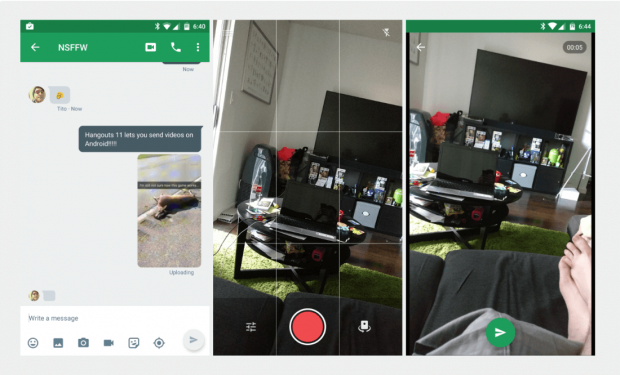 While Android users win with 1080p video support, the iOS version of Hangouts supports up to two minutes of video, up from the one minute allowed on Hangouts for Android. Google has also ditched the SMS/Hangouts merged conversations, with Google explaining that low usage and confusion being the main driver behind dropping the merged SMS/conversations.

Hangouts for Android should be on the Google Play Store soon.