Modder Trix and his team breathed new life into Just Cause 2 (JC2) and its sequel Just Cause 3 (JC3) with well-received multiplayer mods. In the case of the JC3 mod, that's now being put on indefinite hold, and Trix is taking a job at Avalanche Studios (where the Just Cause series is made). Presumably, this means the next Just Cause title will feature native multiplayer. 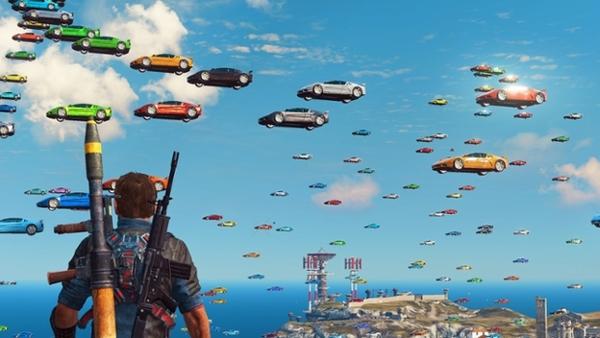 "As part of Avalanche, I'll be able to bring many of the things you know and love from JC2-MP into future Avalanche experiences, while reaching heights that a mere mod couldn't facilitate," Trix states. "Unfortunately, due to time constraints, neither I or the rest of the team can actively pursue development on JC3-MP; our lives are just too busy to allow for it right now."

JC2-MP will be actively maintained (and AMD compatibility worked on), but beyond that, you're on your own. Fortunately, JC3 lovers can still check out a separate multiplayer mod from a different team.