Tekken game designer Katsuhiro Harada has confirmed that Tekken 7 will run at 1080p 60FPS on PlayStation 4.

Harada is known for being very open and vocal to his fans on Twitter, so when the renowned dev was asked if the anticipated new fighter Tekken 7 would hit the standard 1080p 60FPS on Sony's PS4 console, he answered with a very simple "yes". It's unclear if Tekken 7 will hit native 1080p 60FPS on PS4 or use console's usual dynamic resolution scaling, but given what we've seen from the game so far, the frame rates are very smooth.

Consistent, high frame-rates are very important for fighting games like Tekken where split-second reactions are key to victory. But some fans are worried that since Tekken 7 is being developed by Bandai Namco, the game might suffer from the same PS4 input lag found in Street Fighter 5. Street Fighter 5 also runs at 1080p 60FPS on PS4, with the input lag possibly caused by dynamic resolution. Harada recently countered this argument, saying that no one that's played Tekken 7--from EVO pro players and everyday gamers--has complained about input lag.

"Abroad, many top players have had many chances to play TK7 and TK7FR at Wizard World, Evo, and other events. I haven't heard any complaints about input lag from them either. Same with the hardcore players and media that played the game at E3. I think that is your answer. By the way, what is the monitor you use at home to play games? I would be more concerned about the possibility of lag on that, instead," Harada said in an interview with Gamespot.

"People have never complained about input lag in Tekken before, have they? Tag 2 was highly regarded, wasn't it? Do you think input lag frames is a certain number? Do you understand how it works? The actual mechanism is different depending on the game. If Tekken's gameplay feels good, is there really a point in asking this question?"

Street Fighter 5 on PC also has input lag, but it can be mitigated by turning off V-Sync. Of course, players can't make these adjustments on PS4. Also I'm not 100% sure which version of Tekken 7 that EVO players were playing at the event.

Tekken 7 will be the first game in the franchise to release on PC, but Harada didn't say anything about the frame rates on this platform. Given Street Fighter 5 is capped at 60FPS on PC, don't expect Tekken 7 to be any different. 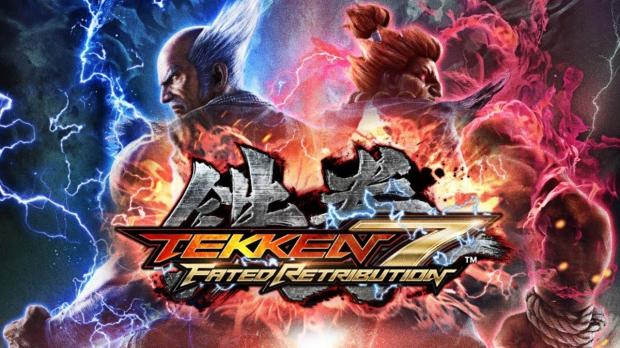