Now that there's plenty of Battlefield 1 alpha gameplay footage, we're finding out little nuggets of information on EA DICE's latest first-person shooter. Now we know to expect DirectX 12 support, which is something that DICE is working on right now.

The option has been found in Battlefield 1's settings, where DX12 can be toggled on or off, meaning DX11 is enabled by default. DigitalFoundry recently played around with the PC version of Battlefield 1, cranking it up to 1440p with maxed out settings on NVIDIA's new GeForce GTX 1080 with 100% resolution scaling, which works out to be around 5K or so - and it was running smooth - which is impressive.

DigitalFoundry reported that the resolution slider works differently, with the native resolution on the slider now set at 50%. They added: "So by bumping the game up to 100% on a 1440p display, we are effect[ive]ly rendering at 2880p, or 5K".

Battlefield 1 drops on October 21 for the PS4, Xbox One and PC. 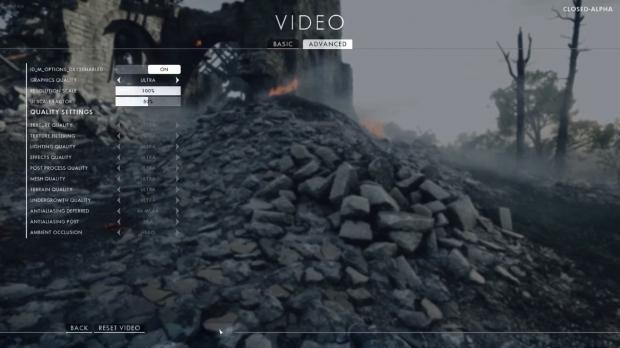