Update: It appears this post from WCCFTech has to be taken with a rather large grain of salt, as @null1ng on Twitter tweeted us, directing us to these images - showing that the photos used in the article aren't right. Ugh.

AMD's next-gen AM4 socket is still on its way, with a new look at a high-end AM4 motherboard from ASUS and their ROG brand. The ROG Crosshair VI Impact motherboard supports the AM4 socket, bringing support for the upcoming Summit Ridge and Bristol Ridge processors, which will be released later this year. 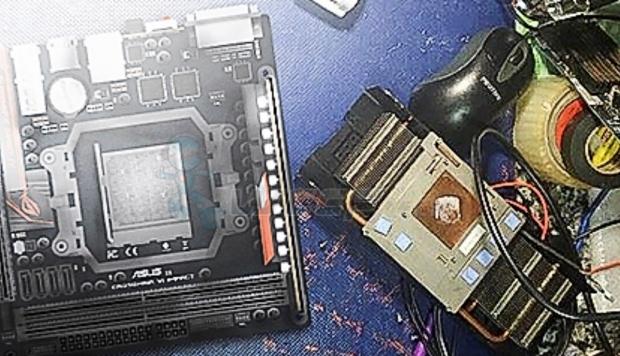 ASUS is set to add all of the features that AMD's next-gen processors will offer, with the Bristol Ridge-based range of APUs to hit the next few months, and the new Summit Ridge-based FX processors in Q4 2016 - both of which will be powered by AMD's new Zen architecture. What will the ASUS ROG Crosshair VI Impact motherboard bring to the table? Not only will the AM4 socket appear, but we will be able to use existing AM3+ coolers on the board, as well an external VRM PCB that connects to the motherboard.