EVE: Valkyrie is the game that got me hooked on VR, and while it's an exceptional game that showcases the immersion VR is capable of, it's a little light on content. That recently changed, as developer CCP has released the first major, post-release update called Carrier Assault. And it's 100% free.

Unlike before, that giant carrier that's been mocking you is now open to attack, and it'll take coordination and some twitch dogfighting skills to wear it down and take it out. Here's how the battles unfold, as explained by the developers at CCP:

The first objective is to get the carrier shields down so your team can launch an attack. There are 3 Power Relay Stations located across the map, and if a team can take ownership of 2 Relay Stations they will disable the enemy carrier shields for a limited amount of time. This stage works in the same manner as the Control game mode - each player can deploy a drone at a control point in order to capture it, but players must be mindful and protect their own drones while also destroying enemy drones if they want to successfully capture a control point. 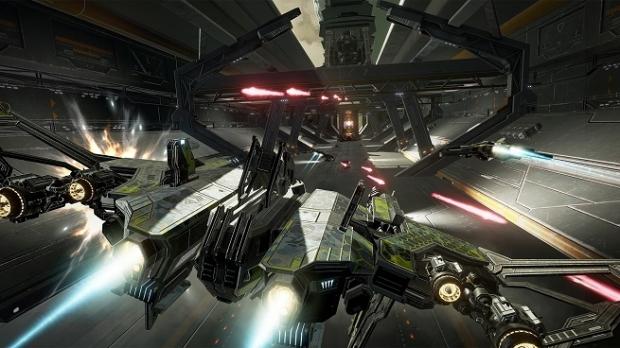 When the shields are down it's time to launch an attack on the enemy carrier! Conversely, it's time to jump to the defense if your own carrier is vulnerable to attack. Cooling Nodes vital to the ships defense system are located all around the carrier. These will be highlighted via your ship's HUD. You will need to fly in and destroy them all in order to move to the next stage of the battle. While on the attack you'll also need to avoid the carrier's automated defense turrets, as well as the firepower from the defending team.

Stage 3: Breach (aka The Trench Run!)

When all the Cooling Nodes are destroyed, the carrier's Core will be exposed. The Core is located at the heart of the carrier and can be accessed via a trench-like access tunnel. During this breach stage the attacking team must target the Core with all the firepower they can muster. With sufficient damage incurred the Core will go critical. You will then have a short window of time to escape the blast radius as this behemoth vessel breaks up in a ball of flame. 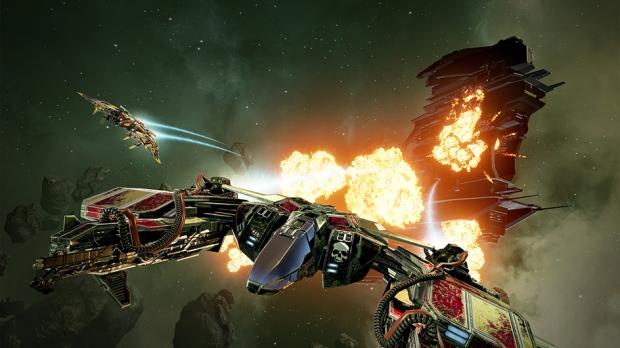 The Carrier Assault update also adds a new Multiplayer map playable in all modes, some tweaks to mode selection, and a slew of balance tweaks. Overall, it seems like a substantial update and I'm looking forward to jumping back in the cockpit.

EVE: Valkyrie is also coming to HTC Vive and PlayStation VR, and multiplayer will be cross-platform!