When a game is marked with a "Play Anywhere" sticker, gamers can buy one version of the game and play it both on Windows 10 PCs and Xbox One systems. Gears of War 4 will be one of the first games launched under the initiative, with full cross-buy and cross-play support across the two systems.

We know that Microsoft would tighten its focus on cross-platform gaming with Project Helix so this isn't really a surprise. I'm thinking that most of the high-profile exclusives will be marked with Play Anywhere, meaning the Xbox brand is now a service that bridges both PC and console. Microsoft also unveiled the new Xbox One S, the fabled Xbox One Mini console that's 40% smaller than traditional Xboxs, sports up to a 2TB HDD, full 4K UHD video playback, and a new Xbox One controller--all for $299. 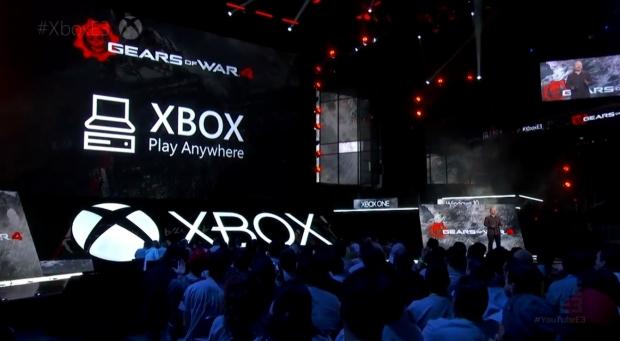