E3 2016 - Ever since the HTC Vive launched, those skeptical of VR have (rightly) said "This cannot succeed without AAA titles." Well folks, Bethesda is here to save the day, clearly demonstrating that they're believers in virtual reality. Both DOOM and Fallout 4 are coming to the HTC Vive in 2017. 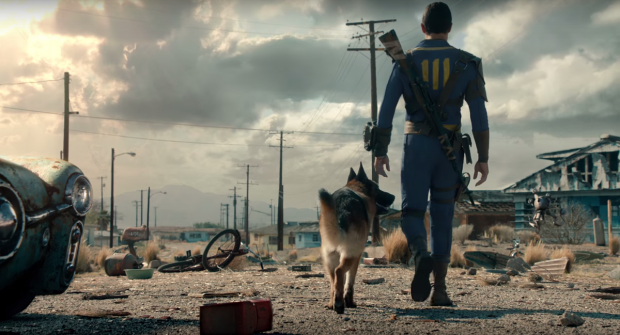 The news comes straight out of Bethesda's (now annual?) E3 press conference, where they reminded the audience about the playable version of DOOM III BFG they got up and running on the Oculus Rift at E3 2012, and then announced that the new DOOM was playable immediately after the show on the HTC Vive. Sort of. Our understanding is that you'll be able to explore the environments within DOOM, but we're unclear if Bethesda is releasing a full version of their critically acclaimed FPS. Honestly, a twitch shooter in VR that also requires movement seems like quite a trick to pull off unless it supported a gamepad or keyboard and mouse.

We have an email out to their PR team to clarify.

However, they dropped a massive nuclear bomb of awesomeness next: Fallout 4 would be coming to the HTC Vive in its entirety by 2017! We're not sure how Bethesda will be handling locomotion in a free-roaming, open world RPG, but we can't wait to find out.

If you're wondering why Bethesda has seemingly dropped their love for the Rift, remember that Zenimax -- Bethesda's parent company -- is suing Oculus for "misappropriating trade secrets." So it stands to reason they wouldn't give the Rift any love in the announcement.

However, we believe these titles will still be playable on the Rift, especially if they're released on Steam. I don't see Bethesda taking steps to actively block Rift hardware from running it on Steam VR, nor do we think that's something Valve would allow.

But holy crap you guys! This is a serious shot in the arm for VR, and it's wonderful to see another major publisher devoting resources to it. This stands to get a ton of people excited about virtual reality, and by extension the HTC Vive. 2016 may be the year of VR, but 2017 will be the year of AAA VR!