UPDATE: EVGA's Jacob Freeman says that the RGB high-bandwidth SLI bridges are "2-way only" and are expected to release in mid-June. Here's another shot of the lineup. 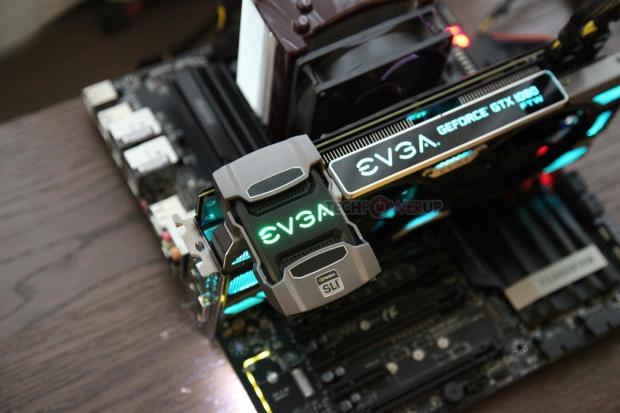 It appears EVGA only showed 2-way SLI bridges at Computex, as NVIDIA is prioritizing 2-way SLI with the Pascal line. The new GeForce GTX 10-Series HB SLI bridges will likely be sold separately. 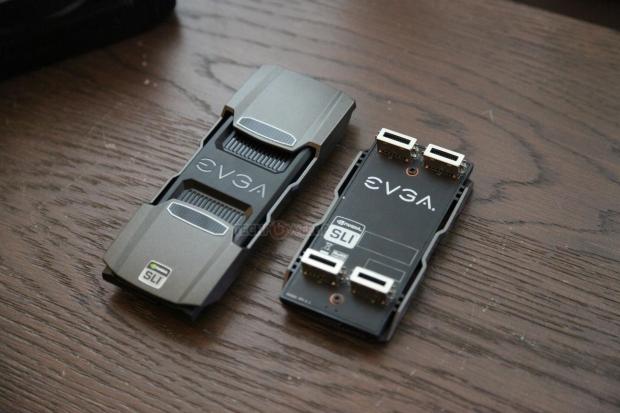 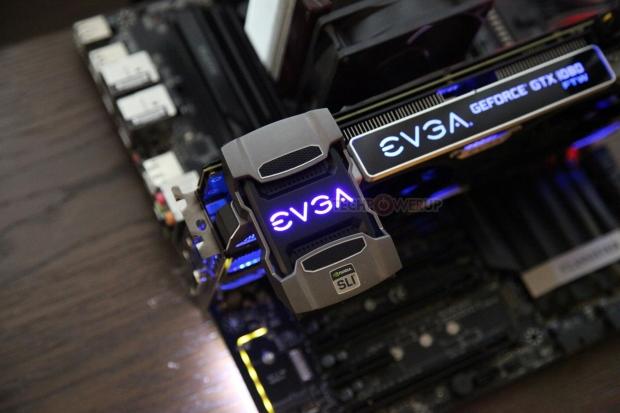 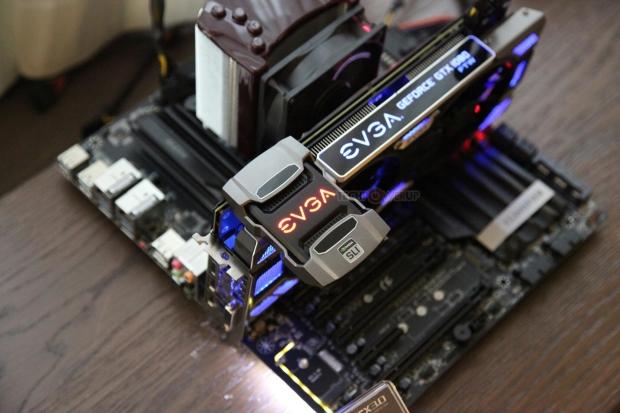