At long last, Facebook is today releasing its new Facebook app for Windows 10 desktop as well as a Messenger app. On mobile, its Instagram app debuts. 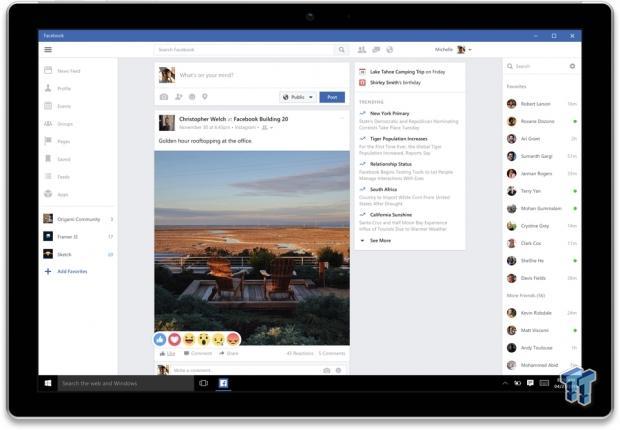 The Facebook app is available now and features a smaller style layout than with the previous app, which was very in your face. This one is much more efficient for taking in a lot of information and navigating between different sections. As well, performance is much improved with snappy loading of images as well as between clicks. Feature-wise, it supports Live Tiles for at a glance updates, Reactions, stickers in comments, and you can share photos to it through File Explorer (click the Share tab at the top of the window), among other things.

The Messenger app is available now and of course features chat functionality, which is now separate from the Facebook app. Native desktop notifications are listed as a feature; in my brief experience, they're much more reliable than with the previous Facebook app. Live Tiles are also supported. Design-wise, it's now in line with the mobile app (complete with smaller font size), which happens to work well on desktop. As with the new Facebook app, performance is much improved.