UPDATE: The Persona Channel website has been hacked, and the apparent release date leak was fake. Sorry for the inconvenience. Persona 5's mysterious countdown timer is still up, and we should still get a major update on May 5.

Persona 5 will see a simultaneous release in July according to the official Persona Channel website. 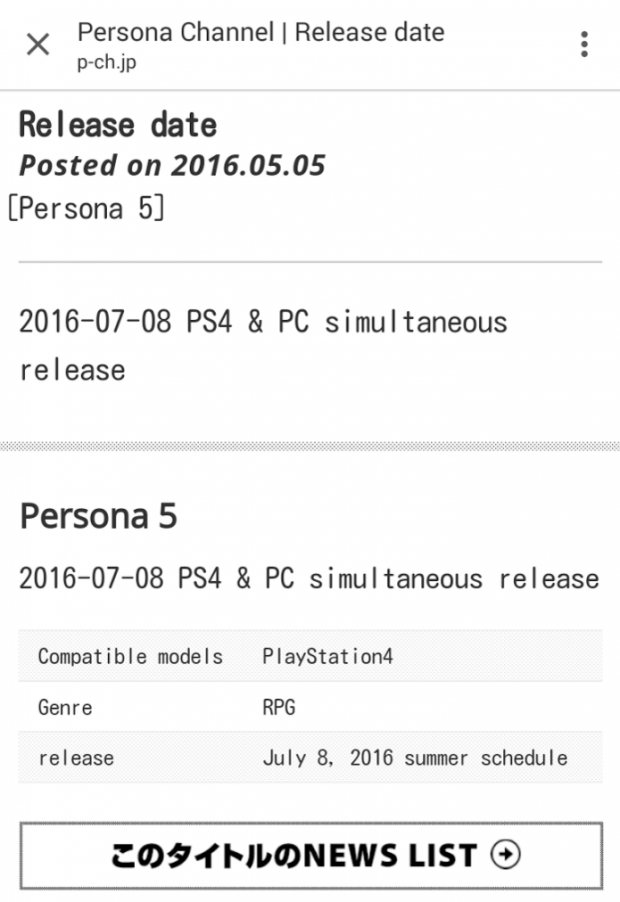 According to listings on the Persona Channel, Persona 5 will launch on July 8, 2016 across PlayStation 4 and PC. A quick Google translate of the Japanese text revealed the news ahead of the schedule May 5 countdown event.

While this could be Persona 5's actual release date, there's no mention of a PS3 version. Atlus previously confirmed the game was coming to both PS4 and PS3 in Japan, and the publisher made no original mention of a PC flavor. Be sure to take this news with a pinch of salt, but it could very well be accurate. The prospect of a PC version of Persona 5 has many gamers excited, and it'll be interesting to see if and how Atlus responds.