The multiplayer mode for Gears of War 4 makes a gore-filled appearance in the latest trailer. They're emphasizing just how ruthless you can be while competing against others in order to receive the best loot. Just as in the past, it's fast-paced and cover-based, but with better graphics.

The multiplayer beta test is going to officially kick-off on the 25th of April, so The Coalition is showing us but a small glimpse of what to expect once we're able to play. The violence is front and center, as might be expected, but there seems to be much more of it than usual. Enemies splatter across the screen in some truly grisly ways. The gore is expected, though, with plenty of new executions. The trailer is also a showcase of the different new maps and modes you can play. Everything should be very familiar to anyone who's played. 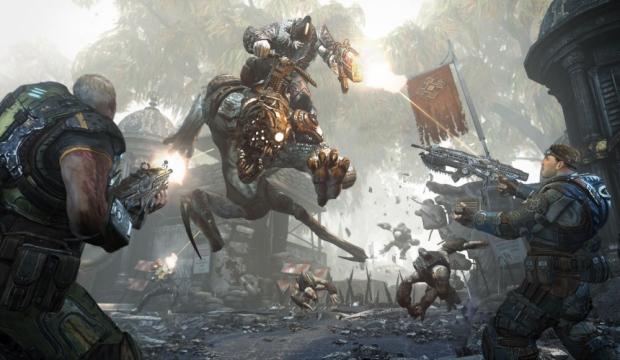