Another great indie game on Steam has just joined the growing catalog of those that are becoming available for Linux. Vector 36, a futuristic physics-based racing game, is now available on Linux and specifically on SteamOS, and they're encouraging everyone to give it a proper try.

Vector 36's developer responded to some of the feedback from their fans nad have finally added in this support. Of course, this is the first iteration on SteamOS and as such will be a bit less stable than desired. Bugs and glitches are inevitable, but they're an active developer and try to fix everything found while also continuing to perfect their game so they can officially launch it. If you have it, give it a whirl and see how it does, it should play just as fast as the Windows counterpart.

SteamOS is seeing a surprising amount of support even if it isn't quite as overt as we're used to. Thus far, Vector 36 joins some 1700 other games that are able to run on Linux that are available on the Steam storefront. Vector 36 is also an example of an indie developer, a very small studio, that's rising to the challenge and taking advantage of all the future technologies that they can. It might be slow going, but the results thus far have been steady and still quite fun. The game right now features leaderboards so you can properly compete and a slew of different ways to modify your own racing stallion. Flying across the wasteland that is Mars, with it's lower gravity, in a jet powered skiff is quite fun. The controls take some getting use to, but overall it's a joy to play. 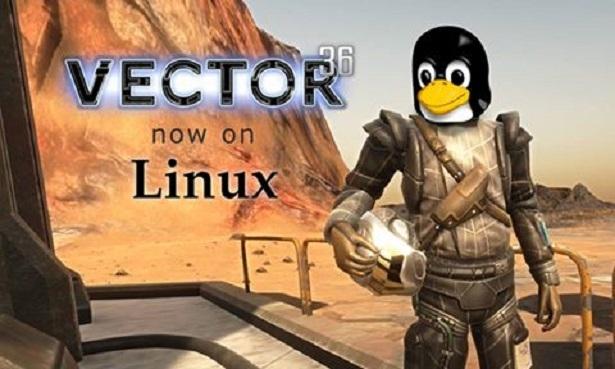