Starting April 15, Apple retail outlets will be moving away from their well-liked plastic drawstring bags to new paper bags made out of 80 percent recycled materials, according to a note sent to retail employees. The note also instructs employees to give out the old bags until they're all gone and to ask customers if they want a bag or not, in order to potentially further cut down on waste. 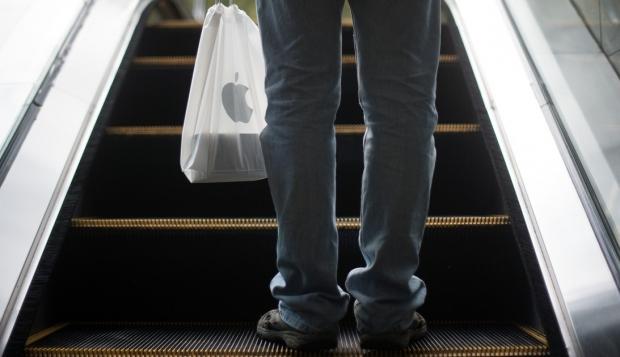 Apple VP of environment, policy, and social initiatives Lisa Jackson last month discussed environmental efforts at the company's press event, noting 93 percent of its operations around the globe are powered by renewable energy, and that its new robot 'Liam' can disassemble iPhones for recycling. As well, Jackson declared all of Apple's packaging would eventually be paper.