VR is really taking off now that the two major players have finally released their headsets into the wild. There just remains one issue for those content creators that wish to make pretty things in VR for us to consume; the system to use for that creating. HP is helping to make that decision easier with their new Z series of workstations, make especially for creating highly demanding VR content, which might need a bit more horsepower than usual. 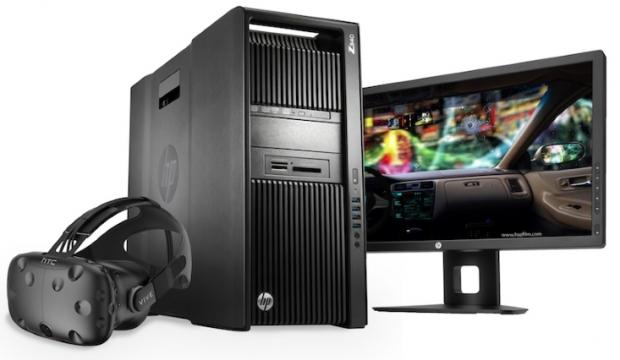 These new workstations are built around two of Intel's newest Broadwell-EP Xeon E5-2600 v4 processors so you can have up to 44 actual cores and 88 threads to process those difficult to render high-resolution scenes. On the graphics front they went with up to dual NVIDIA Quadro M6000's with 24GB of VRAM. That means you can basically keep all your assets in memory and not have to worry about slow load times in whatever engine or program you're working with. For system RAM, you can configure it to have up to 256GB of DDR4 or up to 1TB of LRDDR4 if need be. Storage can e equally as monstrous with a massive six STA ports, eight different SAS ports and up to two PCIe 3.0 NVMe capable m.2 ports.

This can be one monster machine if you want it to be to handle just about any rendering or creation task you want it to. Some might ask why one would want to buy anything premade, and the answer is the support that comes with it. That is, the technical and warranty support that might come in handy from running these systems hard for many hours on end. The new Z840 from Hp starts at $4366, a hefty price tag but for a system that packs a mighty punch. Keyboard and monitor are sold separately, as are the VR HMD's of choice.