Even though it only had a small amount of on-screen time, HoloChess has had a long lasting effect on Star Wars fans and even those that have never heard of it. Those minuscule holographic monsters are iconic, and certainly with the advent of VR and AR coming more to bear that we might see something like this in real life. And your wish has been granted by the original creator of HoloChess.

Phil Tippett was the person that brought the concept of holographic chess to life in the original Star Wars in 1977 and he's returned to consult with a number of game designers to bring his original idea to fruition as a modern game. Even though we don't have holograms that we can share, at the moment, we do have the ability to play multiplayer with our friends while in a VR environment.

You'll be able to play against people locally or via remotely. They're also going to work in an AI so that offline play is possible. HoloGrid: Monster Battle is going to come to the PC soon, and we're hoping that it's VR/AR platform agnostic. This could potentially be the next natural evolution of chess, bringing it into parity with modern games. No more playing Chessmaster 3000. Oh, and just in case you come across a Wookie, be sure to let them win. It won't workout too well for you if you don't. 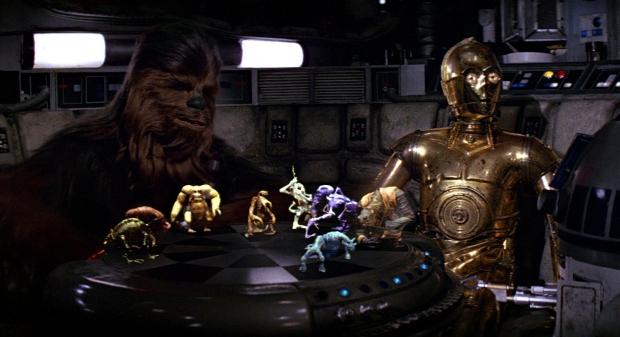