The more I see Doom in action, the more I realized just how much I've missed its bloody carnage. The latest footage shows off a tasty look at the kind of fast-paced mayhem you'll be able to wreak in multiplayer, and gives us a glimpse at the coveted BFG in action.

Bethsoft recently showed off all of Doom's multiplayer modes, and now we get a fresh look at the kinds of weapons and powerups we can expect to wield on the hellish arena.

The new footage teases the different kinds of playable demons available in the Evolve-esque Demon Mode like the ferocious Hell Baron or the ultra-quick Prowler. Then there's powerups--Doom wouldn't be Doom without powerups. This time around we can expect full camo and a brutal one-shot kill powerup, plus two unrevealed boosters. Last but not least is the immensely satisfying power weapons: turn enemies into slabs of sliced meat with the chainsaw, or annihilate them on an atomic level with the BFG. 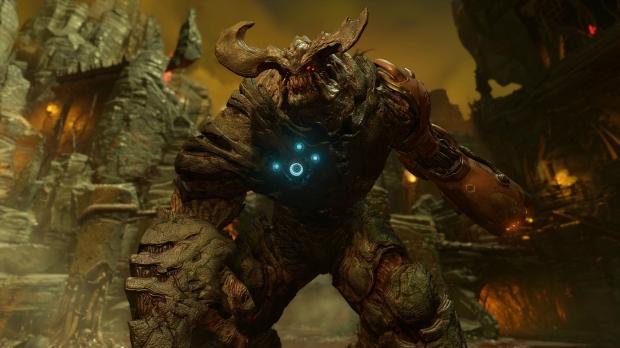