Sometimes it stings a little when you see a game that was supposed to be, but never quite made it out of development. Especially one like the cancelled Superman game from Factor 5, best known for their very well done Star Wars games. It could have been a great game, should have been. But it's no more. You can watch some footage from the unreleased game, however.

The game was being developed for the PlayStation 3, Xbox 360 and even the Wii, though it really never exited the concept stage, of the most part. A good portion of Metropolis has been created and a number of models to showoff the ideas they were working on, as a tie-in to the also cancelled sequel to Superman Returns.

At the stage that it was finally left, a story hadn't been created yet, though it would be fairly simple to translate any number of different story arcs from the comics into a viable backdrop. Factor 5 was working on finding and developing interesting gameplay elements to add to the game, and had some very interesting Superman specific ideas. Of course there would be a slew of his enemies that you would eventually face-off against, and you'd be able to grapple with them while flying furiously through buildings, with destruction being dynamically rendered in real-time in your wake.

It's quite sad that it was eventually cancelled, but Factor 5, too, was cancelled and closed. The prototype looks good, given its age, and might even be a good starting point should someone want to take the IP and run with it. DC Universe Online isn't the most popular game, but imagine a focused open-world game could do to the franchise. And to fans. 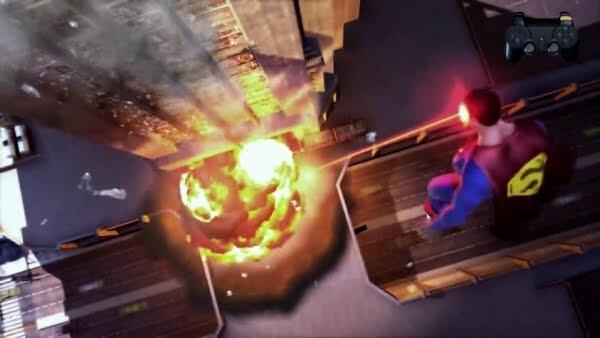