The Coalition have announced just that the first round of beta testing for Gears of War 4 will commence on April 18th, but only for those that have played Gears of War: Ultimate Edition on the Xbox One, or through the Windows Store. 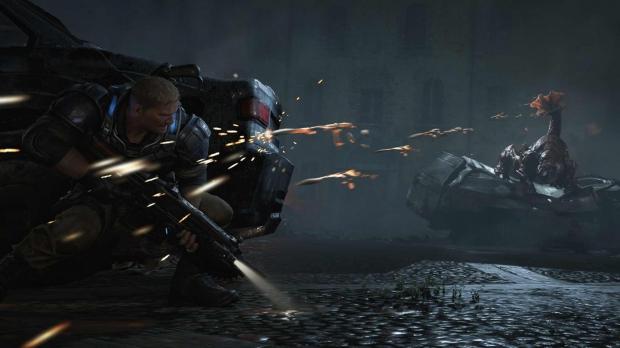 If you did play the latest remaster of Gears of War, then you should start getting a beta token through the Xbox Live messaging system that you can redeem for the early access to the beta. The good news is that everyone that has an Xbox Live Gold membership and an Xbox One will be eligible to try out the beta just a bit later, on April 24th running through May 1st. They're extending the timeframe in which you have had to log in and play Gears of War: Ultimate Edition, moving the deadline from March 1st all the way until April 11th.

The beta will be all about the multiplayer aspect and should include some fun levels to romp around in. Just remember that it's a beta and isn't at all complete. There will be bugs and other glitches, and some things in some certain situations might not work as you'd expect. Don't be a stranger to reporting any bugs, so they can fix them before it's released.

Have you played Gears of War: Ultimate Edition before April 11th? You get to play the beta on April 18th.

Don't have Gears of War: Ultimate Edition? Have an Xbox Live Gold account? You get to play on April 24th.