One of the more impressive things we saw at CES earlier this year was the external GPU docking solution for the new Razer Blade Stealth, which has the ability of taking an external GPU. The technology used is impressive, with it being powered by Thunderbolt 3. 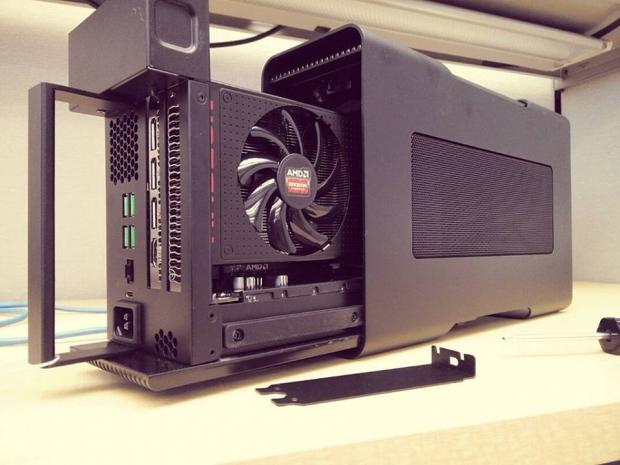 Well, external graphics are all the rage right now with Alienware's Graphics Amplifier, and MSI's Gaming Dock resulting in great external GPU power solutions, for your not-so-great gaming laptop. Jason Evangelho from Forbes is reporting that AMD's Robert Hallock teased on Facebook that an external video card solution could be on the way, with Hallock reiterating that ultra-thin notebooks are becoming more and more popular, especially when compared to the huge gaming notebooks on the market with seriously powerful mobile GPU solutions.

Hallock said: "I also bet there's a bunch of gamers out there who, as they get into their 30s and 40s, wouldn't mind condensing their entire computing life down into one device that does it all. I ALSO bet that some people wouldn't mind giving up an mITX LAN rig if their notebook had the potential to serve that role with gusto". External GPU solutions aren't a possible future, they are the future for laptops. Hallock added: "External GPUs are the answer. External GPUs with standardized connectors, cables, drivers, plug'n'play, OS support, etc. More info very soon".

Now the bigger question is: when will we see AMD unveil its external GPU solution? My guess? The Game Developers Conference which kicks off on March 14.