The first Hitman beta was a success all around, delighting fans with a very short sneak preview of the full game. It also helped IO-Interactive discover issues that they want to perfect before it launches. So a new beta that's exclusive to PS Plus members on the PS4 is being launched on March 4th, just before it releases. 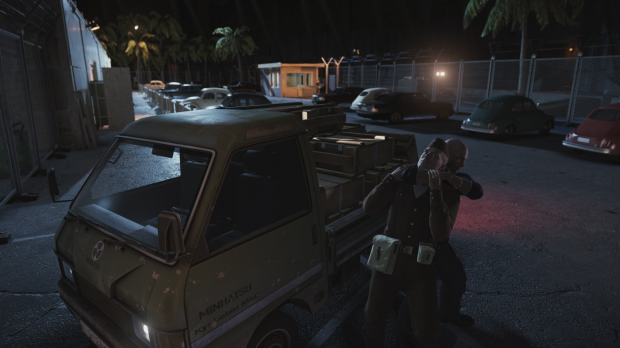 The beta, while mostly stable and graphically quite good looking, revealed a few weaknesses and bugs that need to be addressed before being released. Backend issues could spell doom with a larger player-base, and while they've implemented fixes, it's time to put those to the test before it's game time.

"Our initial beta was an extremely helpful moment for our new HITMAN game, as it gave us great insight into how the server game mechanics function under pressure. A lot of those pressure points are currently being strengthened for release," said Hannes Seifert, Studio Head at Io-Interactive. "Now Sony have given us the opportunity to go even bigger to validate some of the initial things we saw. Therefore we are inviting everyone who is a PlayStation Plus member to try the same beta and you don't have to pre-order the game. This will allow us to really stress test our server setup, which is a crucial element for us to get just right."

The response seemed to be mostly overwhelming. Sure it was short, but it was also very sweet. The mechanics are much more refined compared to Bloodmoney. It's also going back to the roots that sprung up the series, giving you the gift of choice. Despite being "training" missions, the available means of completing the mission are still quite varied. The AI is smart, but there's more you can do to infiltrate hard to reach areas. The hope, of course, is that this is but a glimpse of what's to come, the mere tip of the iceberg.

Hitman is scheduled to launch on March 11th for the PlayStation 4 , Xbox One and on the PC.