To celebrate this week's release of the latest DC Universe Original 'Batman: Bad Blood' on Blu-ray HD and DVD, we have ten Blu-ray prize packs to give away thanks to our friends at Warner Bros. Home Entertainment. 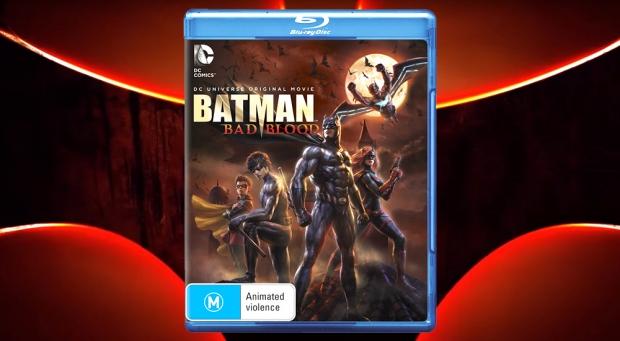 Justice runs in the family. The Gotham City night sky erupts in flames as Batman battles Firefly, Tusk and Killer Moth. But when the smoke clears, Batman is missing and the mysterious Batwoman is the only witness to the events. Now with the Bat Signal going unanswered and a city on edge, Nightwing and Robin form an uneasy alliance with Batwoman and newcomer Batwing. Together, they'll fight to uncover a sinister plot that involves mind control and a monstrous new villain known only as Heretic. It's an all-new, epic chapter from the DC Universe that proves that when it comes to Batman, justice truly does run in the family!

Who plays Batman in the upcoming 'Batman V Superman'?

'Batman Bad Blood' is available on Blu-ray, DVD and Digital from Australian retailers on February 24.