AMD has been teasing its dual Fiji GPU for a while, but now we're seeing things become much more real as we get closer to the Game Developers Conference next month. 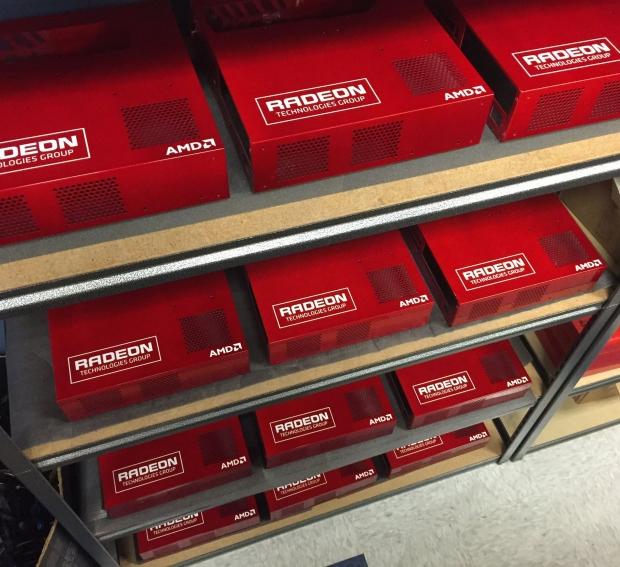 Well, Corporate Vice President of AMD and VR fan Roy Taylor posted a picture to his Facebook and Twitter accounts, teasing the new Tiki PCs built by Falcon Northwest. Inside, we have AMD's super-secret dual-GPU, the Radeon R9 Fury X2. Taylor teased: "Developers, we have something coming for you... :)". A picture, speaks a thousand words - of course.

Falcon Northwest collaborated with AMD on the new Tiki PCs, as they were the system builder of choice for the console-sized PC that sports an insanely powerful dual GPU. When should we see the Falcon Northwest Tiki PC powered by the Radeon R9 Fury X2? Well, we should see it next month at GDC.