Epic Games has unleashed a new bit of gameplay footage for its rather amazing-looking MOBA Paragon, showing off some killer hero abilities.

The clip is short but rather sweet, and gives us a crash course in sci-fantasy chaos. We're introduced to six distinctly stylish characters and their deadly abilities, all of which can be combined for strategic synergies.

There's Howitzer, a robot that can spawn mini clones; Sparrow, the bow-shooting rogue who rains down a torrent of arrows on her foes; Gideon, who uses arcane magic to teleport across the map and slam down huge comets from cosmic rifts; Dekker, who wields a futuristic staff powered with electric doom that can trap enemies in a containment fence; Steel, a hulking automaton who can throw up huge defensive shields; and Grux, a rhino-slash-dino that wields dual clubs and unleashes fiery earth attacks.

If you're not familiar with Paragon, it's an upcoming third-person MOBA from the developers that brought such classics as Unreal Tournament and Gears of War. Paragon does have some shooter elements, but is a MOBA through-and-through, sporting dynamic competitive-based matches built around team-based tactical strategy. Built with Unreal Engine 4, the visuals are an enticing blend of sleek sci-fi, mystical sorcery, and raw brutality, following the traditional recipe for MOBAs.

The more I see of Paragon, the more I'm convinced that Epic Games has a winner on their hands. Paragon is slated to release sometime this year for PS4 and PC, and is currently in a closed alpha state, with paid Early Access coming in the Spring and an open beta slated for the Summer.

Be sure to drop by the game's official YouTube channel for more footage, and sign up for the beta. 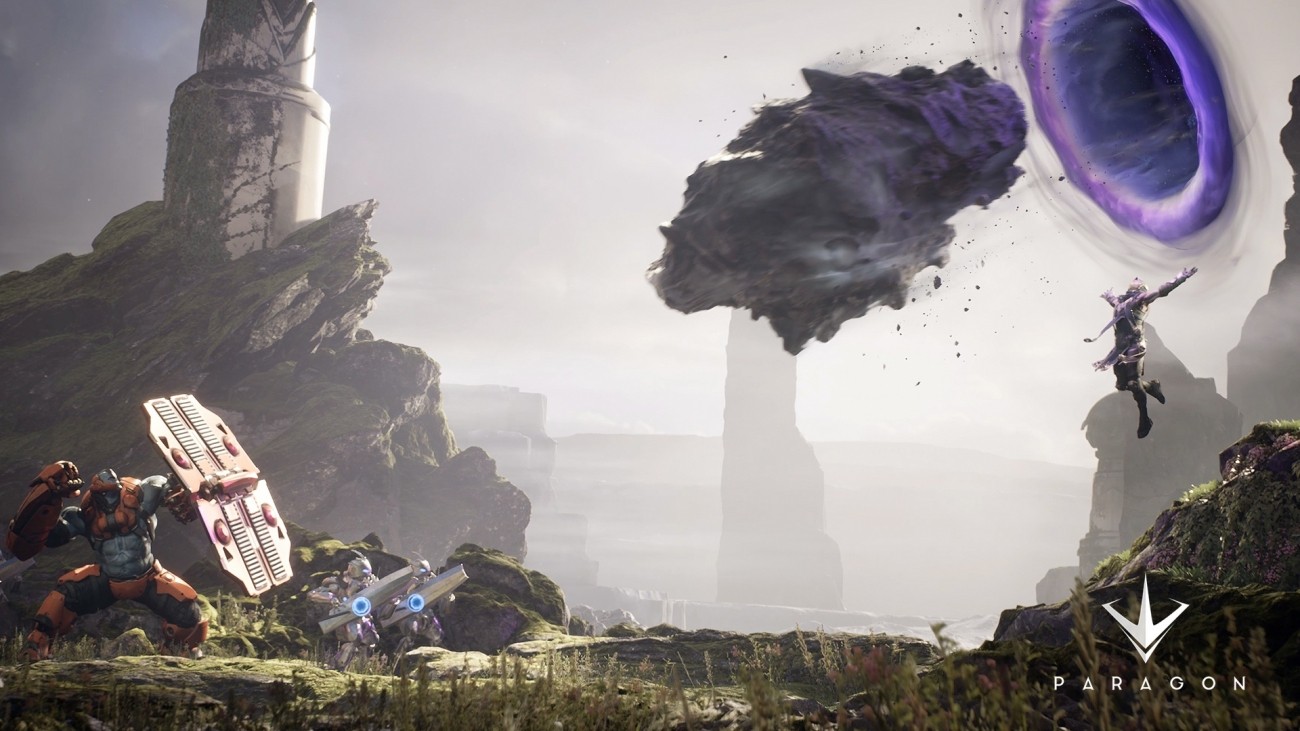