If you've ever had a bad experience with customer service, it probably wasn't nearly as bad as this. Bethesda practically forced a fan to destroy his $125 Fallout 3 limited edition vinyl soundtrack. 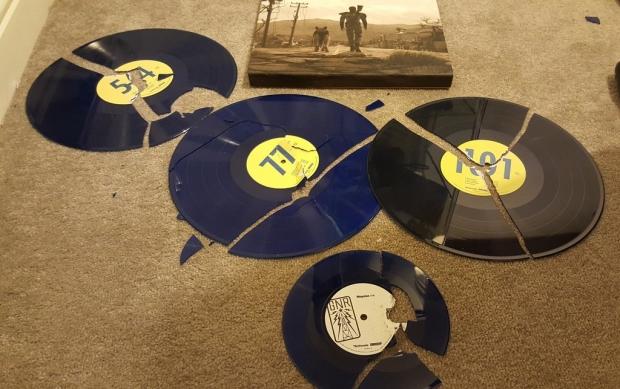 Bethesda's customer support actually took quite a bit of time to get back to Paul Watson, who was ignored when he put in a support ticket regarding a warped record in his newly received vinyl collection. And when they did finally respond, they refunded only $25 and said he'd get the rest when he destroyed the other records and gave them proof.

It's a radical move on their part to try to, we assume, prevent any sort of potential scams. But really it seems a bit too much considering he could just as easily provide a picture proving the singular record was warped. Supposedly Bethesda has asked for his support ticket and should hopefully resolve the issue in a more logical and civilized fashion.

[Edit] It looks like Bethesda has reached out to him, and that it was ThinkGeek, who runs the Bethesda store, that told the individual to smash his records. Apparently this isn't something that Bethesda would have done.