Logitech has toned down the overt aggressive "gaming" design with their newest addition to their G-line of keyboards. The G810 Orion is a more subdued mechanical keyboard that still has the gaming accolades of the more, noticeable, Orion G910 Orion Spark. 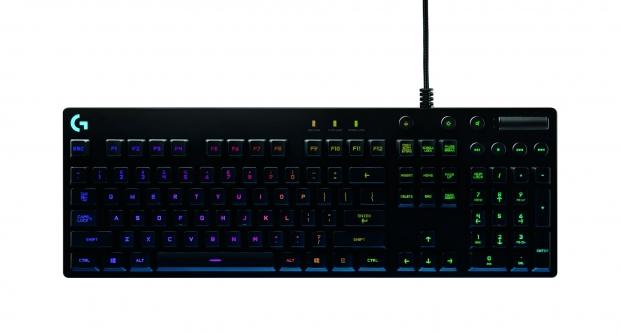 Just like its big brother, it has the same Romer-G switches that have increased measured durability compared to CherryMX switches as well as a shorter press, with an actuation point at only 1.5mm deep. And it'll have the per-key RGB lighting as well, letting you customize to your hearts content. And just in case, you'll be able to disable individual keys, such as the Windows key or even the ALT key. This can be quite useful in frantic gaming sessions.

Of course mechanical keyboards are nearly a must-have for the modern gamer, though which type of switch is a personal preference. Some like the quick actuation that comes with these Romer-G's or even CherryMX Red's or others, while others might prefer a bit longer of a press with less force required. It's such a personalized preference that you almost have to try everything to determine what you like. It's a trial and error affair. But now Logitech has a more subdued selection for those looking for something a little less garish.