Cyanide Studios and Game Workshop are hosting their World Cup for Blood Bowl 2 this year and registrations are now open. And to sweeten the deal, they've teamed with ASUS for some very interesting prizes. 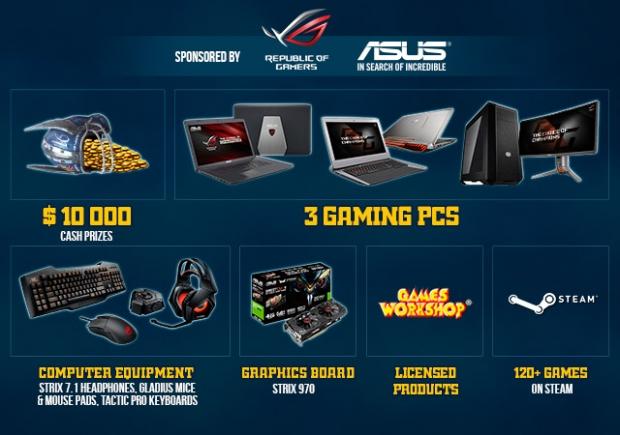 Everyone who enjoys Blood Bowl 2 can participate but only the top 64 players will be able to move forward to the play off's. It's easy to enter, just register on the public league or join a private league that's governed by the official Blood Bowl 2 community.

The grand prize is $10,000 worth of cold hard cash, probably even in the gold depicted in the photo. But aside from that there are actually some good gaming related prizes. Three gaming PC's, of which two are laptops and enough accessories to replace everything you have. And you might be one of the lucky fellows to win a few good Steam games too.

Blood Bowl 2 is entertaining in its own right, a masterpeice of turn-based strategy cleverly intertwined with sports with a dash of Warhammer thrown on for good measure.