EK Water Blocks has issued a statement on its official Facebook page, informing customers that there is now a total recall on all EK-XLC Predator 240 and 360 water cooling units. 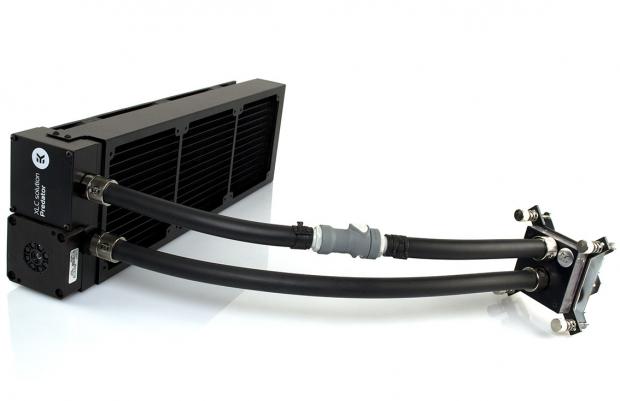 These are the pre-filled and pre-assembled all-in-one units released by EK, with this water cooling giant explaining that the recall has been put into place due to possible leakage issues. It doesn't take a genius to understand that water and electronics don't mix, so we urge any customers to head over to the official EK announcement page to read more about the overall process, a place in which this company goes into great detail to explain the issues and how they will be rectified with revision 1.1.

While many consumers are upset on social media due to this taking place, EK Water Blocks explained on its website that this problem "was initially estimated as limited risk situation with small percentage of units developing a leak over time that can be resolved with direct customer contact," however, after further analysis it has "turned out to be a more widespread problem." This statement shows that they had prior knowledge of this issue, now choosing to protect all customers from possible unit failure in the future.

In the image above you can see Revision 1.0 on the left (the problem unit) and how EK Water Blocks will be rectifying it with Revision 1.1, on the right-hand side.