CES 2016 - Another interesting announcement from the trade show in Las Vegas this year comes in the form of EVGA's new 'Pro Audio card'. 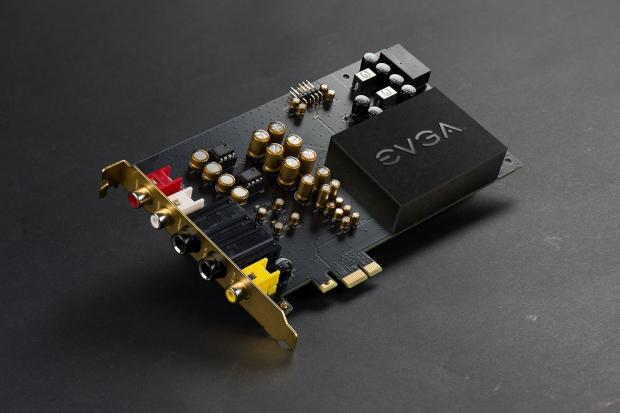 Joining the recent announcement of a laptop that was designed fully in-house, EVGA says that this card targets gamers and audiophiles, but the name isn't finalized just yet. It's likely that the specifications aren't finalized as the name isn't even decided just yet , so stay tuned for updates.

We do have a little bit of info on this card though, with EVGA saying that this card is set to contain "State of the art audio fidelity" and "True analog engineering for lifelike audio reproduction." As for specifications and form, the company says it will providing a 130dB+ signal to noise ratio and being released in two modes - as a PCI Express x1 add-on card and an external USB.