Plextor is finally going to reveal the true successor to the highly successful M6e SSD, which also happened to be the very first PCIe based SSD as well. The new M8Pe will build upon that success with the addition of NVMe and a faster 4x PCIe 3.0 M.2 connection. 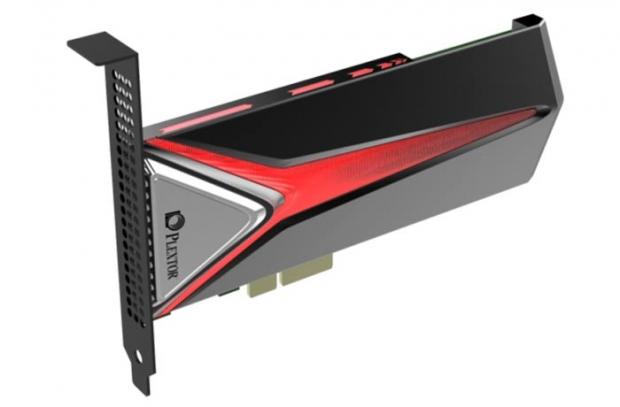 The new drive from Plextor will be their first foray into adding NVMe, and as a result, it'll have blistering fast read and write speeds. Plextor quotes it as being able to sustain 270,000 read IOPS at a 4KB transfer size and up to 150,000 write IOPS at the same transfer size. IOPS aren't exactly the metric of choice for gamers, but it does translate into smooth and fast performance. The new M8Pe will also make use of their PlexTurbo RAM caching and PlexCompressor, their software for compressing data to maximize space.

Aside from that spec, we don't know much more Hopefully we'll get much more information, such as read/write speeds, what kind of NAND it's using and what kind of controller they'll be putting to use here. This'll be a great addition to the very small stable of consumer NVMe enabled SSD's. Overall exciting news for those looking to upgrade their gaming rig.