It looks like Star Wars Battlefront won't be getting any DLC that touches on Episode VII. At least currently they're concentrating on bringing original trilogy content into the game first, according to a Twitter post.

So if you thought that they would include some great new maps or even characters based off of the new movie that has recently been breaking so many records, then you can think again. This response isn't the final answer, though, and it would make sense to include some sort of official filler content before Episode VIII hits. And fans would probably even be excited to see content from the prequels too. The Clone Wars were always a fun timeline to do battle in, even if Jar Jar Binks was obnoxious.

The current state of Battlefront is somewhat less than exciting, being a great game visually, but lacking the sort of content that might keep people interested long-term. It's a great game, but that excitement doesn't last as long as they likely intend. 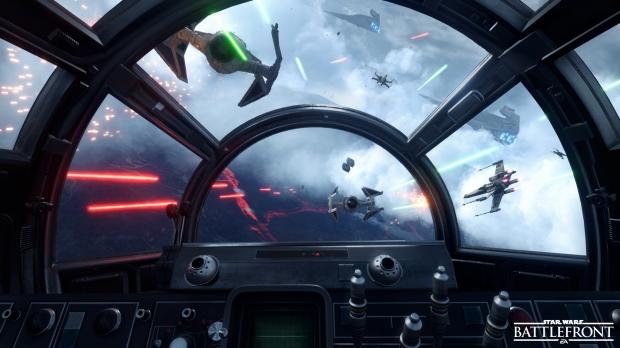