During the PlayStation Experience event in San Francisco, California recently, Sony showed off the latest build of their PS4 exclusive, Driveclub.

The latest build is in an experimental form for the PlayStation VR, Sony's VR headset for the PS4. Attendees got the change to try out a single track with one car to drive, all from the in-car view. Sony has now released a 360-degree video recorded from the front of a Mercedes-AMG S65 Coupe.

The 360-degree video is a first from Driveclub developer Evolution Studios, showing off the Mercedes-AMG S65 Coupe driving through some tracks, including some snow capped mountains, forest regions, and sunny desert settings. There's some impressive graphics to be enjoyed in the video, too. If you want to get the full experience, check out the 360-degree video above on your smartphone in the YouTube app - as you'll be able to physically turn your smartphone around and enjoy the world in 360 degrees. 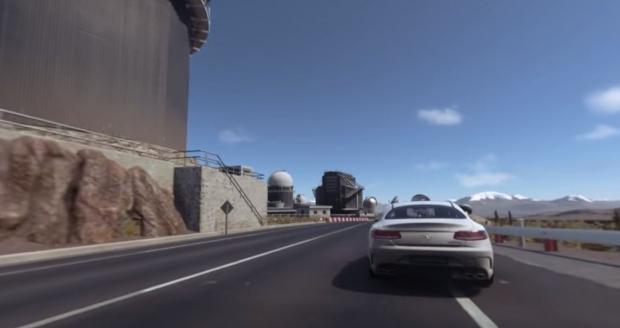