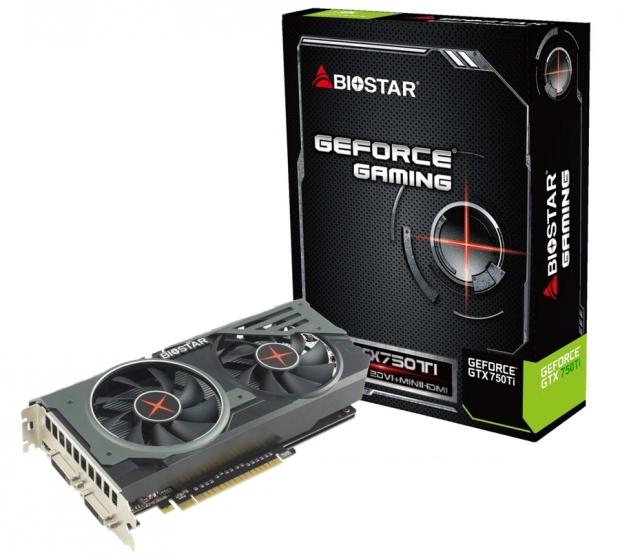 BioStar's new GeForce GTX 750 Ti OC GPU is based on NVIDIA's Maxwell architecture and sports 2GB GDDR5 VRAM on a 128-bit bus. The card's main selling point is its new OC revision: the GPU's 640 CUDA cores are factory overclocked to 1127Mhz and can be further pushed to 1178Mhz speeds to boost frame rates and performance for DirectX 11 gaming. As far as a cooling solution, BioStar's GTX 750 Ti OC revision features the company's GAMING FPS dual-fan setup that's optimized to mitigate heat during overclocking or normal use.

The card can hit a max resolution of 4096 X 2160 via digital output, but doesn't come equipped with a Display Port outlet, instead featuring Dual-DVI ports and a single mini-HDMI. BioStar's GeForce GTX 750 Ti OC can perform alongside other NVIDIA GPU's in SLI, and is specifically designed to complement BioStar-branded motherboards.

No official pricing or release date have been announced so far, but we'll likely see the card go for around $120 or $130. BioStar affirms that the card will be available on its eBay storefront sometime soon. 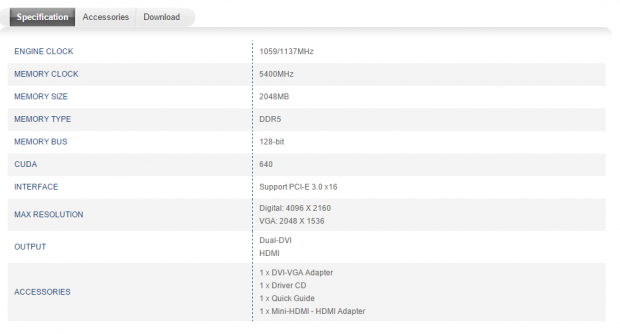