NASA and Sony have been working together on a PlayStation VR experience called Mighty Morphenaut, which is a PlayStation VR demo that allows operators to practice control over a humanoid in space.

Mighty Morphenaut recreates the robot's environment, which is a simulated space shuttle so that users on the ground can learn how to get the humanoid to complete a task, or move around obstacles from a safe distance. NASA has been trying to build a dexterous humanoid for space exploration for a while now, something that led to the rise of Robonauts. Robonauts are dexterous humanoids that are designed to help, or even replace humans in space. NASA explains Robonauts, "one advantage of a humanoid design is that [it] can take over simple, repetitive, or especially dangerous tasks on places such as the International Space Station".

When NASA use the Mighty Morphenaut demo, it allows the operators to use the PS4-powered PlayStation VR headset to look around and make quick decisions based on the environment the robot is in, all in real-time. The robot will then perform movements based on the operator's movement of the Move controllers, but there is lag between the movement of the Move controller, and the Robonaut, obviously. It might be a long time before NASA can control a humanoid from Earth while it hovers around in space, but VR and AR technologies are going to do huge things for NASA. 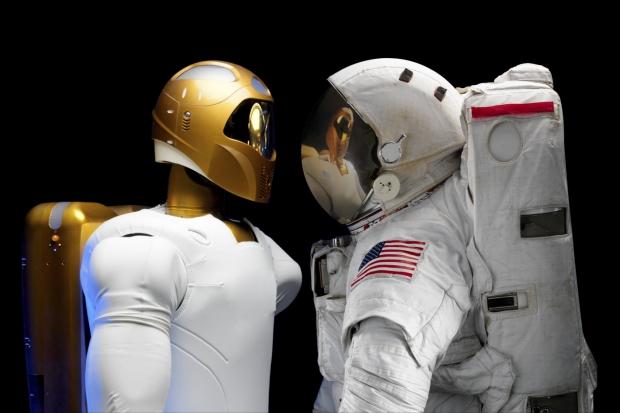