With the release of Just Cause 3 right around the corner, we're being teased with a new gameplay video dubbed 'The map from end to end' which details the huge 400 square mile map in a helicopter ride.

The video comes courtesy of PlayStation Access, which posted the video to show off the gorgeous open-world environment. The linear distance of Medici in Just Cause 3 is around the same as Panau from Just Cause 2, but Polygon notes that Medici's "mountainous terrain includes greater elevation changes, which makes the journey a little longer. Just Cause 3's map also will be a little more dense, meaning more features packed into roughly the same space".

Just Cause 3 launches on Tuesday, December 1 for the Xbox One, PS4 and PC. In case you want some more Just Cause 3 video goodness, check out the 4K 60FPS video above. 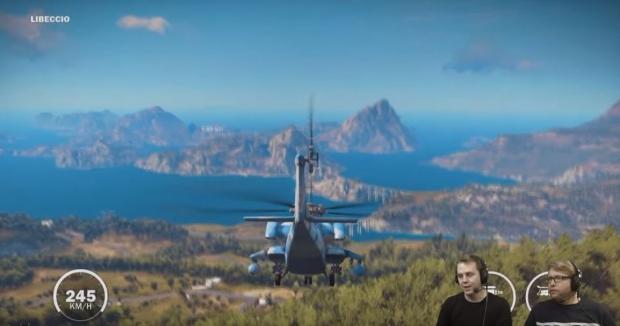