Intel has launched a new promotion that bundles three free games with purchases of select Skylake and Haswell Core i7 CPU's, including the anticipated Just Cause 3. 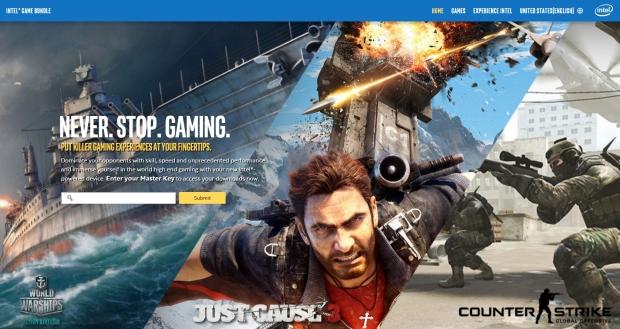 The Intel Enthusiast Game bundle emphasizes chaos and action, with over $100 of free games including Avalanche's upcoming open-world Just Cause 3, a copy of Valve's immortal shooter CS: GO, and premium credit for the free-to-play World of Warships game. After buying a qualifying Haswell or Skylake CPU, users can redeem their voucher at Intel's promo site. We're not sure if the keys are for Steam versions of the games, but likely so.