Destiny's new The Taken King expansion has a nice offering of hidden secrets, but there's one puzzle that even Master Rahool can't solve: the mystery surrounding the ultra-rare Sleeper Simulant exotic fusion rifle. Destiny fans have been chasing the elusive gun for weeks, dedicating serious time and effort in the Destiny Reddit...and it looks like they've unlocked another clue. 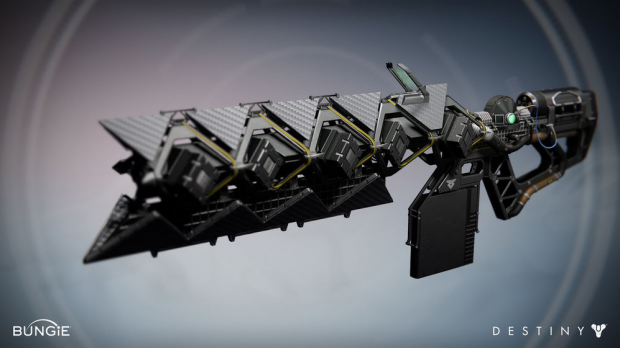 The Sleeper Simulant is one of the most powerful guns in the game, but the dynamic quest on how to actually attain it has been shrouded in mystery. Little by little Destiny fans across the globe have chipped in to solve the mystery, leading to a galactic treasure hunt that's brought the community closer together. Gamers have even delved into Destiny's source code looking for answers.

Now another clue has been spotted, but the search continues. According to a new Reddit thread, a Guardian was able to trigger a new quest called "The First Firewall" on Earth's Cosmodrome region. This mission is just the first in a line of quests that is believed to end with the Sleeper Simulant as a reward.

We know you want to get in the action so we've included a step-by-step guide on all of the known steps in the Sleeper Simulant's three-part questline and how to trigger them. Thanks to Redditors Alexp1128 and Kiki_Strumm3r for compiling the info. 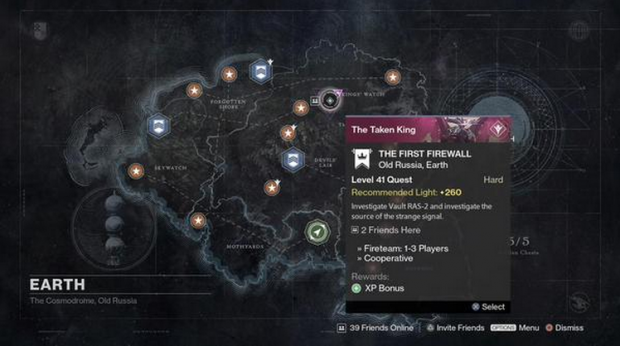 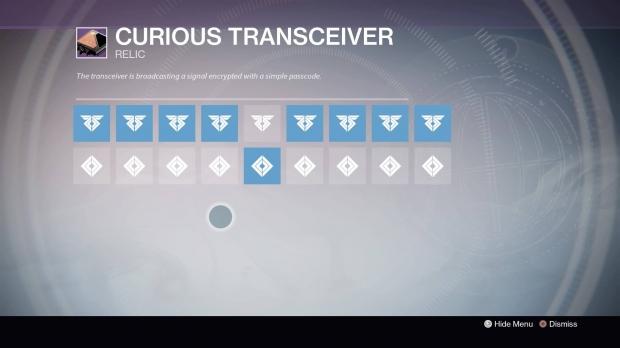 These codes are believed to match the order in which Knights and Taken spawn in the First Firewall mission (remember to enter each row left to right, top to bottom).

You then have to repair the IKELOS Fusion Core with 5 different modules:

Now bring the fully repaired IKELOS Fusion Core back to the Gunsmith to get a new quest called The Sleeper Stirs.

Big shout out to Destiny Redditor TheJoker26 for providing the details. Below we've also included video walkthroughs on each step if you happen to need a visual aid.