Intel isn't far away from releasing its Skylake Purley-powered Xeon processors, with the new platform set to feature a huge 28 Skylake cores, and thanks to Hyper-Threading, a total of 56 threads of CPU power. 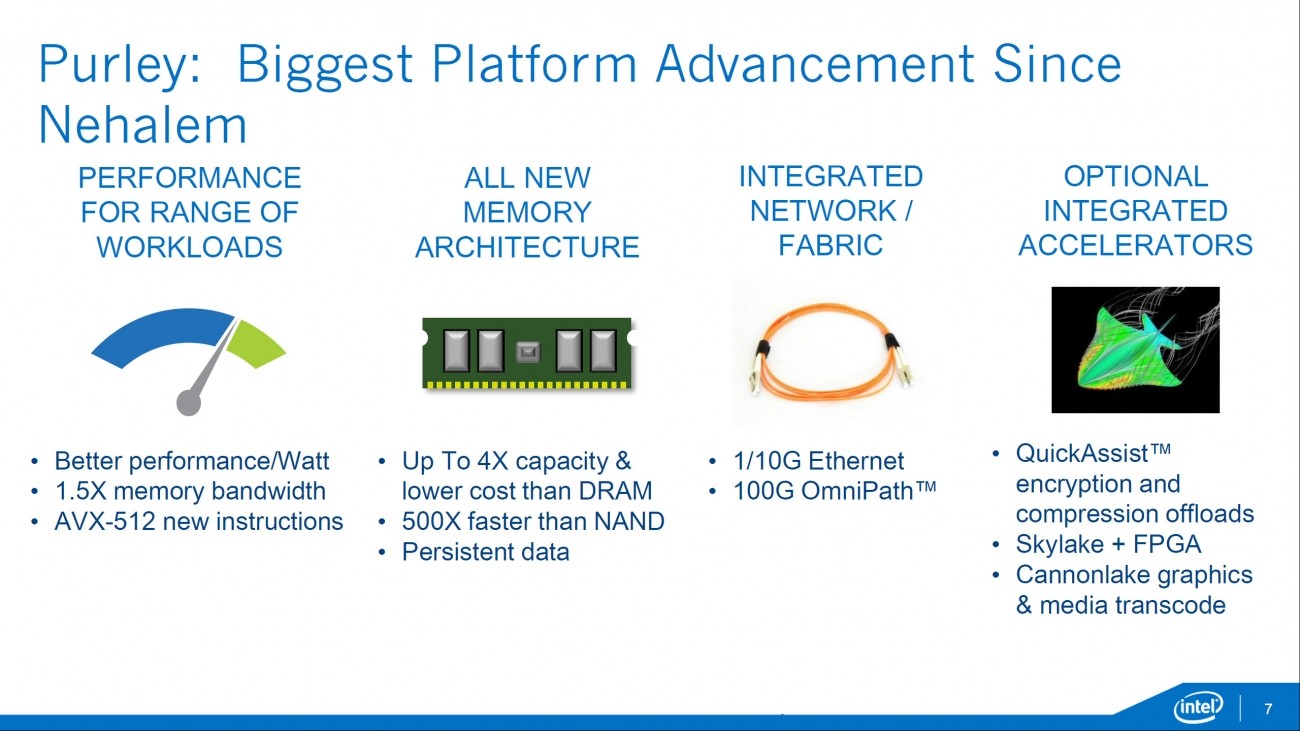 These new Xeon processors are not destined for the consumer desktop, as they will include multi-processor setups. The new Xeon E5 and Xeon E7 processor ranges will see the Xeon E5 range packing between two and four CPUs on a motherboard, while the Xeon E7 steps it up, considerably. The upcoming Xeon E7 range will pack an 8-socket design, allowing for an insane amount of CPU horsepower, especially when each CPU has 56 threads.

Intel will be unleashing its new Omnipath Architecture inside of the new Skylake-powered Xeon processors, something it calls Storm Lake (Generation 1). This new PCH will be codenamed Lewisburg, where it will include updated Ethernet controllers. The Skylake Purley update will also pave the way for Socket P, with a TDP that's configurable between 45W and 165W. The PCIe slots will have 48 lanes of bandwidth to play with, but this could change at any time.

The Skylake Purley update is said to be the biggest update Intel has done since Nehalem, and with a 56-threaded CPU that rocks a 6-channel DDR4 architecture, as well as the new AVX 512 instruction set and 100G Omni Path interconnect, we're in for one heck of a ride.